Nothing says cozy better than curling up with a good book on a cold day! Stop by the library before you leave for the Christmas break and grab a handful from the displays of recommended reads or browse the shelves — there’s no limit on what students can borrow over the Christmas break!

Did you know that parents of MEI Schools students are also welcome to borrow books from the Secondary Library? You are! Stop by and we’ll tell you more … 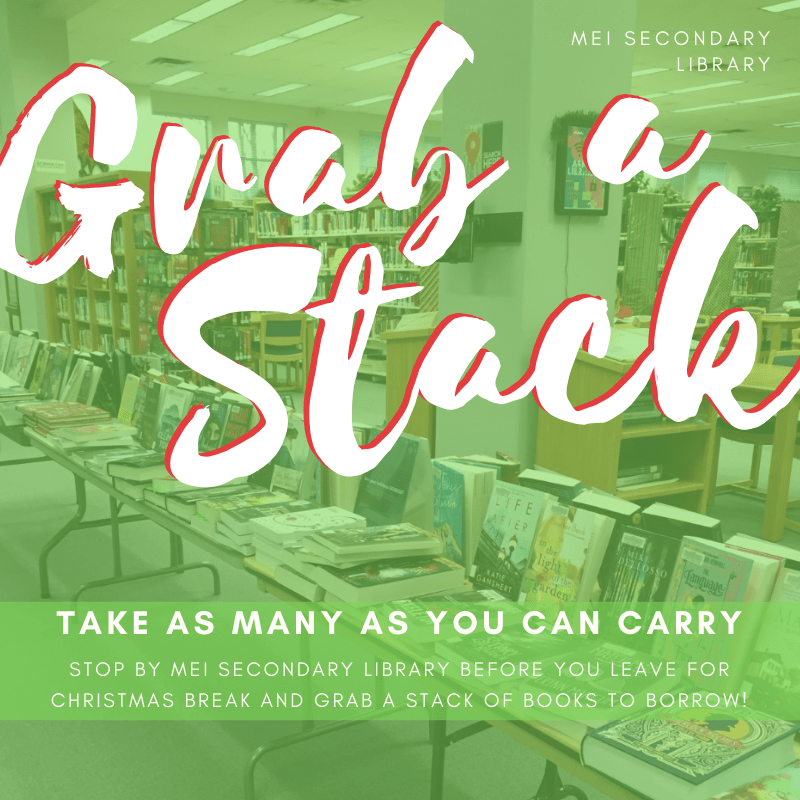 Glad tidings of COMFORT & JOY from MEI Secondary Library! There are so many festive and fun things happening this next month before Christmas break – take a peek to make sure you don’t miss out on anything.

Wondering what everyone else is reading? Here’s a look at the Top 10 most read books and series of 2018 — check them out! 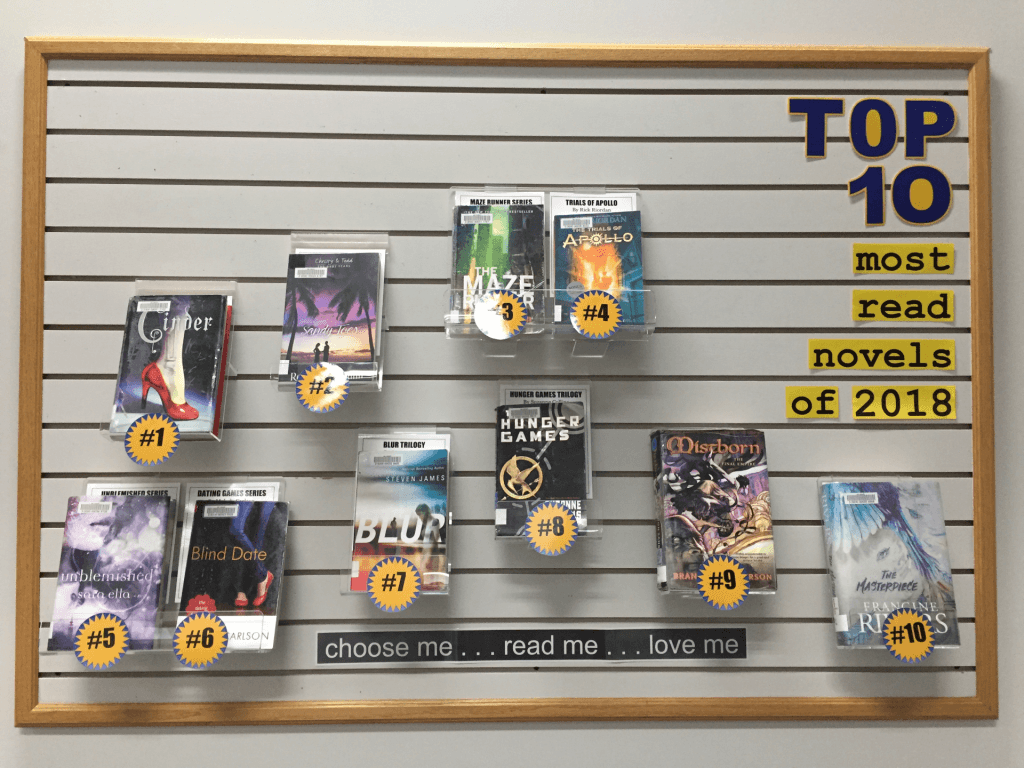 Are you up for a challenge? Try one of the 2019 Reading Challenges!

No matter what kind of reader you are, we have a challenge for you: 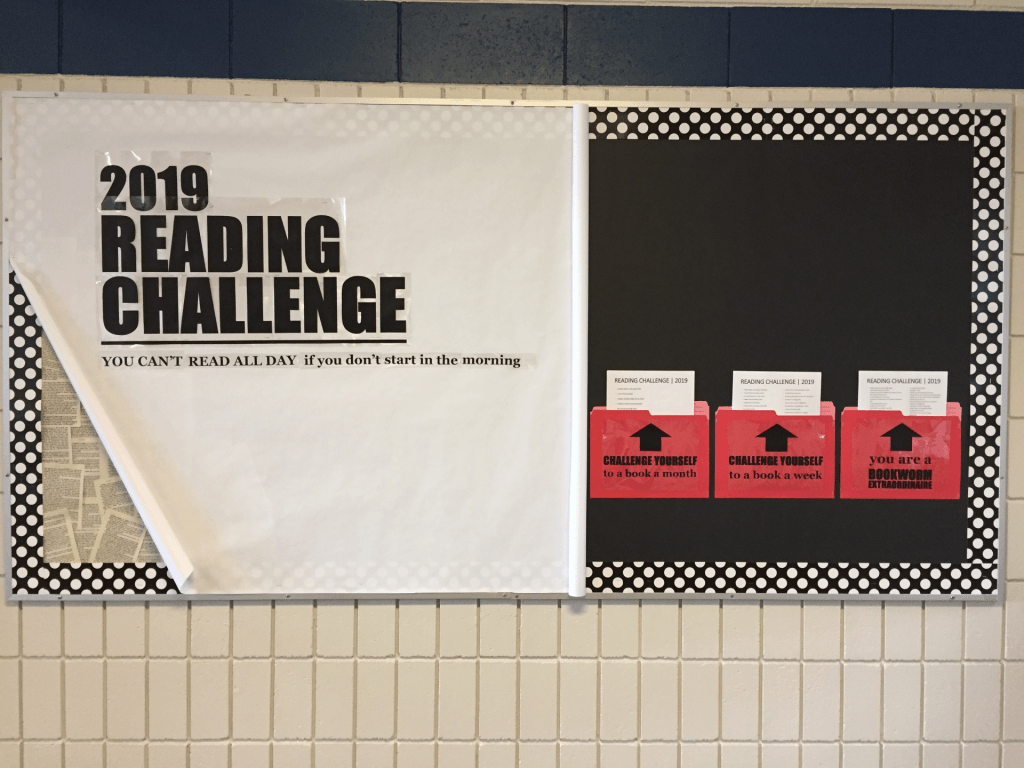 Stop by the library and grab a bunch of books before the break — there’s no limit to how many you can borrow!

The display of new & recommended reads is ready for you to browse. 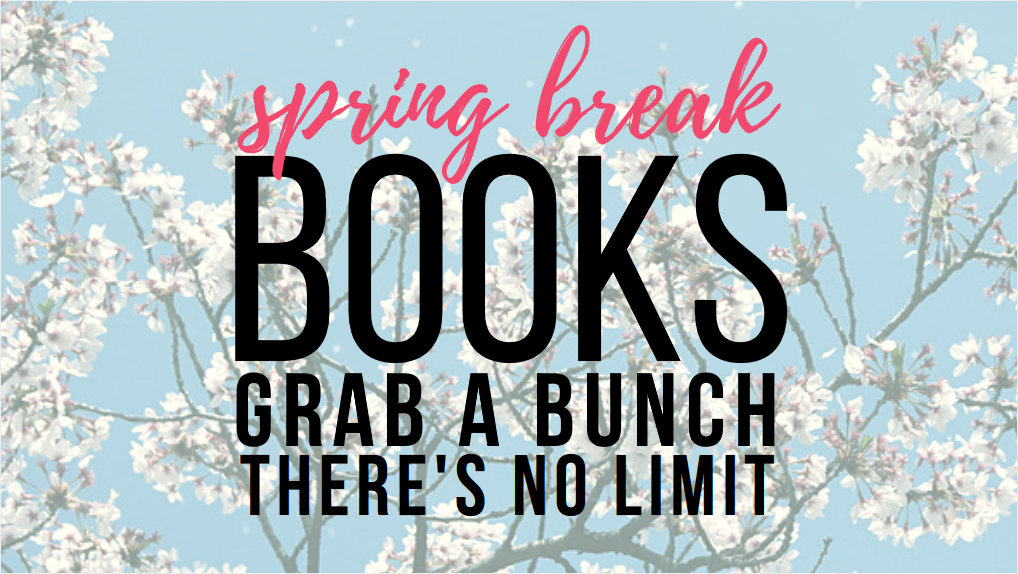 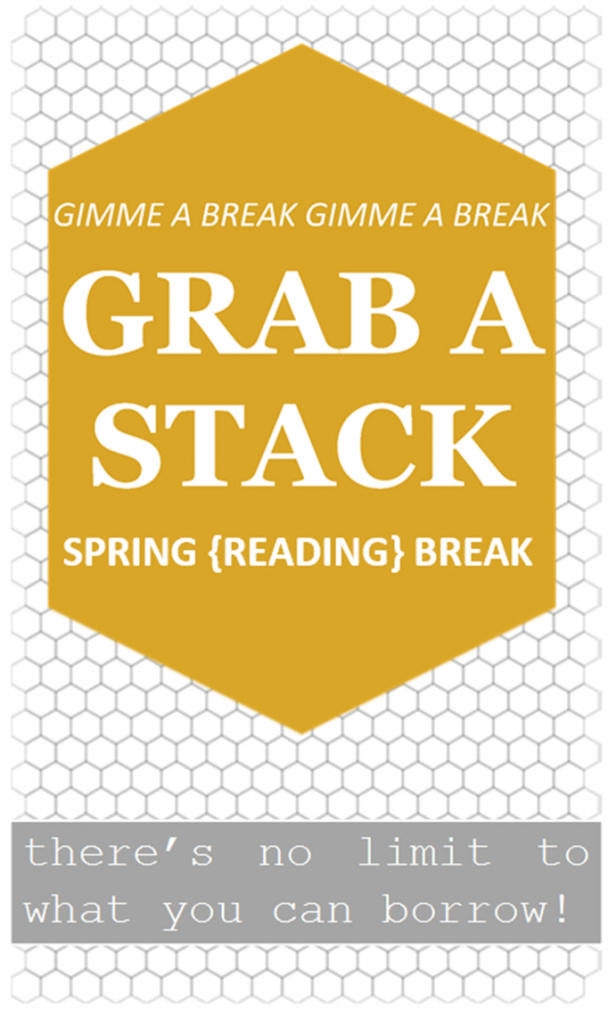 Stop by the library and grab a stack of books from the display of recommended books for holiday reading … or any other book that catches your eye! ***Any books you check out or renew this week will be due the first day back after Christmas break.

Are you a grade 9-11 student returning to MEI Secondary that wants to keep reading over the summer? MEI Secondary Library is happy to announce that you can now check books out for the summer! Stop by and chat with Ms. Penner for more details.

The annual summer display of new and recommended reads is ready to be checked out …
Stop by the MEI Secondary Library and grab a stack of books before you leave for the summer! A display of recommended reads for Spring Break is ready for your perusal at MEI Secondary Library … come grab a stack!