Four of our favorite authors  — Bill Myers, Frank Peretti, Angela Hunt and Alton Gansky — have teamed up and written a new supernatural thriller full of suspense, and the beginning of a new series! Invitation is cycle one of the Harbringers series and can be found on our shelves at F Mye.

When author Bill Myers was asked if he could explain the concept for this new [Harbringers] series, he answered:

“I (Bill Myers) originally came up with the idea: What if several authors wrote a series of linked novellas that would read like episodes of a TV series? From there, we decided to give each author a unique character. Each novella is from the first-person POV of one of the Harbinger team members as they stumble into supernatural adventures and investigations.” 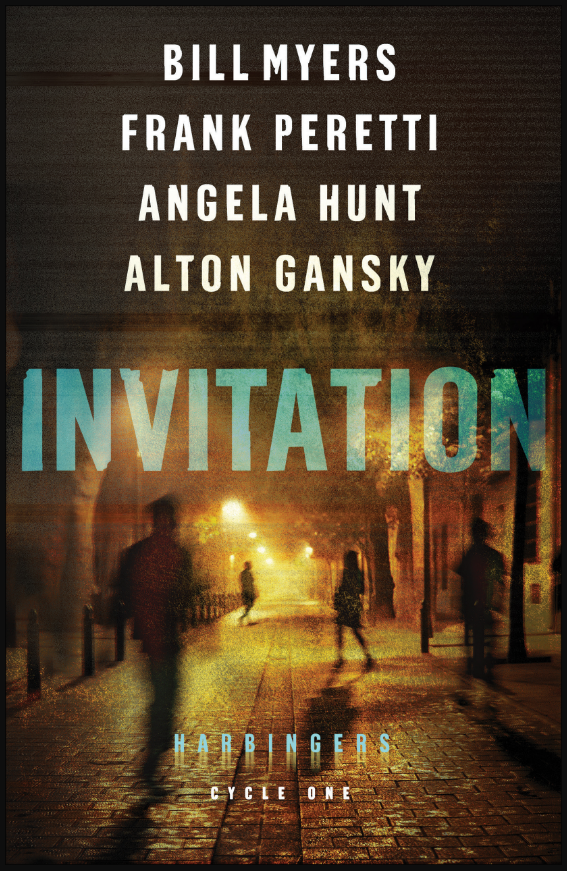 The publisher’s website gives us a little sneak peek at what each of the novella’s are about:

Come on by and check it out!