New author, new series, NEW YEAR; starting it off with a bright new book series hot off the press — they will have you sitting on the edge of your seat for hours. Check out the author’s website, Ronie Kendig.

Curious what others thought of this series?

“Firethorn has many moving parts that synchronize together with the beautiful precision of an expensive Rolex watch!”

“My heart hammered against my chest with every plot twist. The danger and the romance set the stage for Ronie Kendig’s Digitalis. A writer to watch!”

–     DiAnn Mills, author of the Call of Duty series 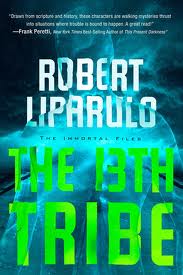 “Liparulo plunges deep into the pages of scripture to find intriguing what-if’s and stunning revelations—all woven into a tale that is both skin-tinglingly supernatural and thought-provokingly real. Packed with high-tech gadgetry, action and heart . . . Read this novel! Seriously!”

—Ted Dekker, bestselling author of Forbidden and the Circle series

Makes you curious doesn’t it! Want to read a chapter? Click HERE. Want to read the whole book? Come find it at the library. 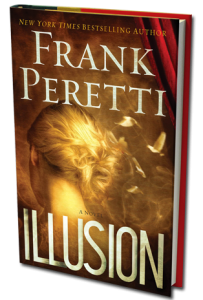 Frank Peretti has done it again. Illusion is a story of love and life, loss and restoration, full of twists and mystery.

Summary — “Dane and Mandy, a popular magic act for forty years, are tragically separated by a car wreck that claims Mandy’s life—or so everyone thinks. Even as Dane mourns and tries to rebuild his life without her, Mandy, supposedly dead, awakes in the present as the nineteen-year-old she was in 1970. Distraught and disoriented in what to her is the future, she is confined to a mental ward until she discovers a magical ability to pass invisibly through time and space to escape. Alone in a strange world, she uses her mysterious powers to eke out a living, performing magic on the streets and in a quaint coffee shop.

Hoping to discover an exciting new talent, Dane ventures into the coffee shop and is transfixed by the magic he sees, illusions that even he, a seasoned professional, cannot explain. But more than anything, he is emotionally devastated by this teenager who has never met him, doesn’t know him, is certainly not in love with him, but is in every respect identical to the young beauty he first met and married some forty years earlier.

They begin a furtive relationship as mentor and protégée, but even as Dane tries to sort out who she really is and she tries to understand why she is drawn to him, they are watched by secretive interests who not only possess the answers to Mandy’s powers and misplacement in time but also the roguish ability to decide what will become of her.” [as seen on Frank Peretti’s Blog]

Have you finished the Hunger Games trilogy and are still hungry for more? Looking for the “what next” to read?

Well here you go . . . a list of books that you might enjoy if you enjoyed the Hunger Games. They are in no particular order, other than alphabetical (I am a librarian after all — it’s what we do!).

For more info., simply click on the book that looks interesting and you will be linked to that book in the MEI Secondary Library catalog. Of course you are welcome to drop by the library and I can point you in the right direction as well.

Author WENDY ALEC is writing a new epic fantasy series, The Chronicles of Brothers. We are excited to introduce the first 3 books in this new series; come check them out! The story traces the journey of Archangel brothers Michael, Gabriel and Lucifer as they move from the inception of time and place in Heaven and through Lucifer’s fall and banishment. The consequences on the brothers impacts three worlds; heaven, hell and earth. You can anticipate many twists and turns as a war unfolds for the race of men. “The tale is chilling . . . the consequences inconceivable” (ChroniclesProject). 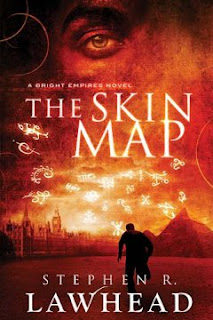